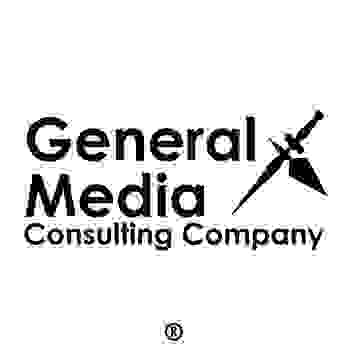 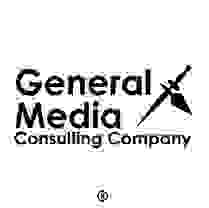 First, let me thank you for taking the time to learn more about General Media Consulting.  This company has been built from the ground up to serve entrepreneurs.  Our goal is to increase the holistic success of businesses like yours while positively impacting communities and individuals across the globe

More About Our CEO and Founder

Justin Gaynor was born to a working class family in 1980.  His dad loved to take him on walks around the block and get him involved in watersports like surfing and sailing.  His mom was always the competitive one and coached Justin's little league baseball team and often took him along with her to work in her small construction cleaning business.

Justin excelled in public school earning the Florida Merit Scholarship and graduated high school almost a full year ahead of his peers.  His mom eventually sold her cleaning business and realized her life-long dream of opening her own restaurant.  Justin worked at his family's restaurants during most of his high school career.

Stock market investing became a hobby for Justin during this time.  His step-father and life-long friend, Ken Pine, worked for Lucent Technologies, a public company.  Justin began purchasing Lucent stock with his paychecks from washing dishes and serving in the restaurant as he was preparing to go to university.

Having graduated high school early, Justin took time to work various jobs and grow together with his high school sweet-heart.  She would eventually become his wife and the mother of his two children, Sebastian Nicolas and Ayden Riley.

Justin's intention during his gap year was to be well prepared for the big move to South Florida where he had been accepted to Northwood University.  Once he arrived at university, Justin began by majoring in hotel and restaurant management.  He was considering eventually taking over the family restaurant business.  However, he soon decided that finance and management was more intriguing.

Graduation from university was challenging for Justin.  His first son was scheduled to be born in the summer of that year.  The stock market had been less than ideal and he discovered that his internship was not going to be transitioning into a full time position with Scottrade Financial Services due to lack of trade volume, and revenues.

He began diligently searching for career opportunities to be able to support his new family.  Then, suddenly, a stock-broker trainee position opened in Scottrade's Miami office, on Brickell Avenue, the financial district.  Justin commuted 2.5 hours each way on the TriRail / Metro as he studied for his Series 7 and 63 licenses.

Upon passing all of his tests, Justin launched into a career with Scottrade that would span more than a decade.  While Justin never physically worked on Wall Street, thanks to internet technology, he successfully contributed to wealth creation among South Florida investors via the domestic markets.  He made many friends and built great relationships during those years.

After a long struggle with many physical and mental health issues, Justin's mom, Tina Pine, suddenly died in her sleep in 2013 at 53 years of age.  Justin's family and he had been caring for her in various capacities for years, yet, even this came as a shock to Justin.  His younger brother Andrew, was the first of them on the scene and contacted Justin at work the morning of Tuesday, March 5th.

Overwhelmed with grief, the family made all of the appropriate arrangements and services were held in Port Orange.  This seemed to be the climax of a long and terrible emotional battle Justin had been engaged in for years.  It took a heavy toll on Justin and the family.  Justin's career, marriage and much else would soon break under the weight of what seemed like a perfect storm of difficulties.  Yet, in this, there was hope.

Justin had begun to explore and grow in the Christian faith at 25 years of age when he was baptized into Christ.  It was in Christ that he found himself in a season of rest, healing and growth.

Sitting down with a pastor at the small church in Delray Beach where he had been baptized into Christ, Justin began seeking what the next chapter was going to look like.  It was during one of these conversations that Justin felt strongly that he was being called to North Carolina.  Specifically, he was moved toward the small town of Statesville, North Carolina.  The town where his mom had been born.  He had some distant relatives in the area and so he packed his 2009 Mercedes E350 and headed north.

It seemed like this cloud of destruction and difficulty followed him.  He found it difficult to gain employment at all, much less in his industry of finance.  He did, however, discover and engage in various volunteer ministry opportunities.

For the next three years he would travel four miles each week from his rented, second floor flat in downtown Statesville to Brookdale Peachtree, a retirement home.  There he worked with the elders of Statesville that had mild cases of things like dementia and Alzheimer disease.  He worked various part time jobs in order to be able to pay for his expenses.  He also had the opportunity to connect with many other Christian leaders and ministers during this time.

After the season of rest, reflection and growth that Justin had been in, things seemed to be shifting.  He felt led to return to Central Florida and then on to South Florida.  Justin's younger brother, Andrew, had been victorious over a long battle with substance abuse and various related incarcerations and Justin had reconnected with him.   Justin had never struggled with addictions himself, but was often involved in recovery related ministries because of the impact it had on his brother and other people that were very close to his heart.

Justin was thrilled to discover a new joy in the eyes of his nephews, Gavin and Lucas.  His brother's sons. Justin's brother had opened his own business and was doing very well, which included providing a wonderful home and care for his two children.

Meanwhile, Justin was still estranged from his ex-wife and his own children.  After several unsuccessful attempts to restore those relationships, Justin turned his attention to rebuilding his own life.  However, he always did what he could to make sure it was well known that he is available for and willing to be reconciled to the family that he loves so dearly.

After a season of reconnecting with his younger brother and nephews and re-establishing Florida residency, Justin was called back to South Florida.  Here Justin re-connected with various members of the church.  Men he had served alongside and worshiped with.  He began working with a couple deacons to get re-acclimated and to rebuild.

One Brother in Christ who had owned a lighting store in Palm Beach county for years, but had since shifted gears, introduced him to a friend that was looking to grow his team.  After a brief phone call where Justin explained his skill-set and what he could help him with Justin was hired on as a Business Development Manager.

Justin was given various tasks to help the business realize additional efficiencies, review and enhance its marketing and oversee the development of the company's online presence.  This is where Justin began to really be inspired and re-kindle his passion for leadership, business and the entrepreneurial spirit that Northwood University and Scottrade Financial Services had instilled in him.

Knowing he didn't have to, and shouldn't, go at it alone, Justin reached out to several friends and relatives to build a group of counselors.  These are people that he trusts from various industries and backgrounds.  He has also established relationships with independent contractors that bring tremendous experience and skill to the organization.  All of this works together to make sure that the customers of General Media get the best consulting services from people who genuinely care about their success in business and can provide the resources necessary to implement well.

Tell me your vision and let's see what we can do to get you started in the right direction.